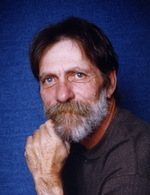 Gary Lee Winchell, born February 22, 1951, left us expectantly July 15, 2020 to rest in eternity with his Lord. Gary was a strong man with impeccable morals, integrity and character. He was a man of few words but with a huge heart, full of compassion for every living thing, and loved his family dearly. Gary was a hard worker that was unprecedented, working right up to the day of his passing. He worked for more than 50 years in the construction industry including ownership of Winchell Construction in Clovis. For the past 14 years he worked for Coalinga State Hospital and was very proud of his recent promotion to Chief of Plant Operations III.
Gary is survived by his loving wife, September who will miss him deeply. He is also survived by his children: Bryan (Amy) Winchell of Clovis; Michael (Jenna) Winchell of San Francisco; Steve Jarrod (Cynthia) Stirling of Porterville and Haley (Mark) Plucinski of Rocklin, CA. Gary adored his grandchildren: Beau and Brooks Winchell; Anna Khouanerasa; Tenaya Jones, Seanna, Aaliyah and Skylar Stirling; Jade Heesacker; Amber and Markus Plucinski. Gary is also survived by his brother Terry (Helen) Winchell of Texas, stepmother Ellen Winchell of Arkansas and mother-in-law, Judy Haynie of Bakersfield. In addition, he leaves behind his beloved dogs: Qtip, Hannah, Maggie, Twinkle and Mushu. Gary was preceded in death by his father Donald Ray Winchell and mother Melba Smith.
Visitation will be Monday, July 20th from 9am-12pm at Phipps-Dale Funeral Chapel in Lemoore. A Memorial Services for Gary will be private.