To share your memory on the wall of Jerry Jeff, sign in using one of the following options:

Jerry loved playing and teaching music and had a band along with his friends called the Redbloods. He was able to travel and play all up and down California and recently had a residency at the Tachi Palace Hotel and Casino where some of his band members and his Son Jarrold Jeff still play today. He loved the outdoors, prospecting and fishing and was always tinkering around in his yard with his family. Jerry also loved the sport of Boxing and was an avid boxer himself in his younger years. He would sit around in his favorite chair watching boxing matches as well as other combat sports.

Jerry worked as a carpenter as well as a field laborer during his years and sheared sheep for farmers all up and down the Central Valley. More notably Jerry was a member of the Santa Rosa Rancheria tribal Gaming Commission. It was the founding commission that set the rules and regulations for the Tachi Palace Hotel and Casino to open Gaming on the Reservation. His practices are still in place today.

Visitation will held on Thursday, November 21, 2019 from 4:00 – 7:00 P.M. at Phipps-Dale Funeral Chapel. A Vigil Rosary Service and Mass of Christian Burial will be held Friday, November 22, 2019 at 10:00 A.M. at St. Peter’s Catholic Church with burial to follow at the Santa Rosa Rancheria Cemetery. Arrangements are under the direction of Phipps-Dale Funeral Chapel in Lemoore.
Read Less

To plant a memorial tree in honor of Jerry Jeff, please visit our Heartfelt Sympathies Store.

We encourage you to share your most beloved memories of Jerry Jeff here, so that the family and other loved ones can always see it. You can upload cherished photographs, or share your favorite stories, and can even comment on those shared by others.

Plant a Tree in Memory of Jerry Jeff
Plant a tree 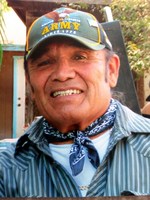 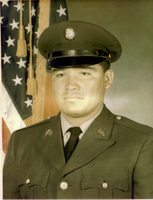