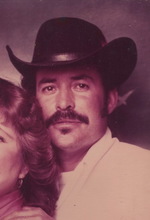 Jose Guadalupe Solorio of Riverdale passed away at home on Thursday, March 5th at the age of 70 surrounded by his loving family. Jose was born in La Piedad, Michoacán, Mexico to Francisco & Ermelinda Solorio. He met his wife Anita while living in Mexico and in 1973 they moved with their daughter Imelda to Five Points. Jose was a hard worker, he was a good friend to many people, always had a very positive outlook and enjoyed being around his family. Jose liked to joke and play around a lot, he was always willing to lend a hand when it was needed even when it meant putting others before himself. He taught his children the value of working, how to be a hard worker and to be responsible. He was a great father and grandfather. Near the end of his life he became very sensitive.
Jose is survived by his children: Imelda Aguilera of Lemoore, Lorena Solorio, Antonio Solorio, Jose Solorio, Jr., Enrique Solorio and Gustavo Solorio all of Riverdale, 9 grandchildren, 4 great-grandchildren, 1 sister Amelia Solorio Moreno of Lemoore, 1 brother Joaquin Solorio of Mexico. He was preceded in death by his wife Anita this past June and his brother Rafael Solorio.
Visitation will be held on Wednesday from 4:00 – 7:00 P.M. at St. Peter’s Catholic Church in Lemoore. A Vigil Rosary Service will be held on Wednesday at 6:00 P.M. A Mass of Christian Burial will be held on Thursday at 12:30 P.M. at St. Peter’s Catholic Church with burial to follow at Lemoore Cemetery. Arrangements are under the direction of Phipps-Dale Funeral Chapel in Lemoore.