To share your memory on the wall of Jennie Smith-Block, sign in using one of the following options:

To plant a memorial tree in honor of Jennie Smith-Block, please visit our Heartfelt Sympathies Store.

Receive notifications about information and event scheduling for Jennie

Donations are being accepted for: LEMOORE CHRISTIAN AID INC.

We encourage you to share your most beloved memories of Jennie here, so that the family and other loved ones can always see it. You can upload cherished photographs, or share your favorite stories, and can even comment on those shared by others.

Posted Sep 17, 2020 at 08:25pm
I was a neighbor to Jenny and Harold in Lemoore. I have so many fond memories of them. I also remember my mother and I visiting them when they lived out in the country. A sweeter lady you would never find. My prayers and thoughts are with all the Brooks family and with Naoma and Tony and their family. With much love, Nancy Darr(Gaw)
Comment Share
Share via: 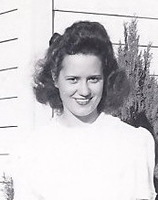