To share your memory on the wall of Steve Emanuels, sign in using one of the following options:

Steve was a wonderful man; smart, gentle, kind, and loving. He loved playing his fiddle, and he and his wife, Lynda, could be seen playing all over the Valley, including making regular appearances in local schools and hosting dozens of young music students in their Lemoore home. They spent summers traveling the U.S. in their RV, stopping to play music and making friends all over. He doted on his grandchildren and great-grandchildren, all of whom adored him.

He was a highly respected local historian, publisher, and antiquarian book dealer. His interests were primarily in California, Kings County, and Lemoore history, California authors, and the history of Native Californians.

Steve is survived by his wife, Lynda, his sons Eric and wife Ann, and Paul; step-children Rick Smith and wife Judy, Cheryl Schweizer and husband Steve, and Tim Smith and wife Dee; grandchildren Kody, Bailey, Mykal, Melody, Melissa, Jason, Eric, Karisha, and Devin; and great-grandchildren Courtney, Kristen, Julia, Ezekiel, Avah, Carson, and Kaedin. He was loved, and will be missed, by all of them.

To plant a memorial tree in honor of Steve Emanuels, please visit our Heartfelt Sympathies Store.

There are no events scheduled. You can still show your support by sending flowers directly to the family, or planting a memorial tree in memory of Steve Emanuels.
Plant a Tree

We encourage you to share your most beloved memories of Steve Emanuels here, so that the family and other loved ones can always see it. You can upload cherished photographs, or share your favorite stories, and can even comment on those shared by others.

Plant a Tree in Memory of Steve Emanuels
Plant a tree 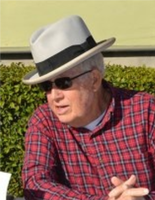